What is the cause of oral restrictions (tongue and lip ties)? 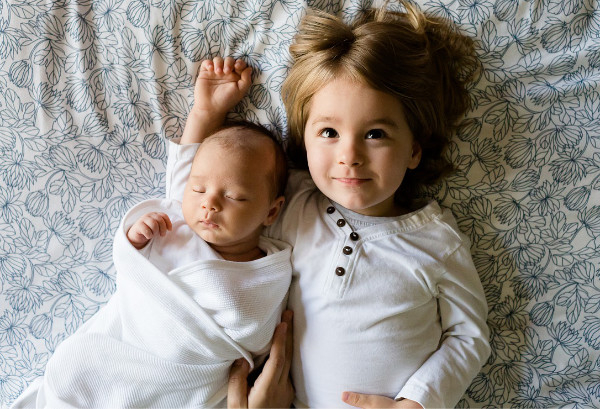 What is the cause of oral restrictions (tongue and lip ties)?

Oral restrictions (a relative failure of proper apoptosis of the tongue or lip frenal attachments) can effect more than just the mouth. Effects can be far reaching due to muscular, skeletal and neurological compensa-tions which occur in an attempt to enable relatively normal function.

The tongue and lips, like all other mus-cles are not structures which can act in isolation from the rest of the body. Furthermore, at different stages of an individual’s life, different effects may occur.

In fact the majority of adults who I have treated for Tongue Tie describe relief in head and neck tension after surgery. Often after years or headaches and migraines. Tongue Tie is not just a problem for infants.

The number of cases of tongue and lip ties being diagnosed in clinical practice around the world is certainly increasing. While this does not necessarily prove that oral restrictions are on the rise (as there is now more education on the subject so there is more access to knowledgable practitioners) the consensus amongst many who treat such problems is that prevalence may be increasing. Why could this be?

The truth is that nobody knows for sure why there may be an increase in prevalence. However, one of the most commonly discussed reasons is related to the use of synthetic folate during pregnancy, especially for individuals with the commonly occurring genetic polymorphism in the Methyltetrahyrofolatereducatse (MTHFR) gene. This gene encodes for the a liver enzyme which helps with metabolism of folate (vitamin B12) which is important for a number of bodily functions.

The theory is that synthetic folate may not be fully absorbed and may block some receptor sites for B12 absorption, which ultimately leads to inadequate B12 absorption. The thought process is that there is suffi-cient B12 absorbed to prevent neural tube defects such as spina bifida. However, there may not be enough absorbed to prevent other ‘midline defects’ which may include oral restrictions and hypospadias. The jury is out, and we do not have sufficient research yet to back the theory that MTHFR defects and synthetic folate use is indeed the cause. My own stance on this is that I don’t have enough information to make a well in-formed opinion. So I’m remaining on the fence at this time.

….. But there may be another cause which is less often talked about. In fact I have not heard anybody other than me talk about it. But I’m talking now and spreading the word in blogs like this because I think there’s good reason to believe it could be a major cause.

So here it is:

I was sitting in a nutritional conference a few years ago when an eminent Professor on an ‘expert panel’ be-gan to talk about the prevalence of Iodine Deficiency Disorders (IDD) and stated that it was a huge problem worldwide. Then he went on to describe a research paper (Orphanet Journal of Rare Diseases 2010, 5:17) which discussed Congenital Hypopthyroidism, which is thought to be linked to IDD .

When I read this paper I immediately wondered what the link between the tongue and the thyroid gland is, because from what I could see it appeared that CH shares the same or similar symptoms with tongue (and lip) ties.

I came to the following hypothesis after going back to my embryology notes from university – something I’d forgotten all about having graduated all that time ago!

Given that the thyroid gland and the tongue are intimately related in early embriology. That is to say that they share the same structures until the thyroid gland descends. Could it be that a thyroid functional prob-lem (CH) is related to a tongue frenum problem (TT)?

Given that apoptosis (relative removal of the excess frenum) is a biochemical process, affected by meta-bolic processes, and CH is a metabolic problem, this hypothesis seems at least as plausible as the MTHFR / synthetic folate hypothesis.

Perhaps even a combination of the two hypotheses, or either or hypotheses are plausible? Only time will tell.

Could oral restrictions (tongue and lip ties) be related to Congenital Hypothyroidism?

One potential issue with this hypothesis is that CH appears to only be found in 0.03% of infants, while oral restrictions are found in anything between 2% and 20% of infants (depending on which research paper you read).

However, I wonder whether even a small challenge with thyroid function, given it’s importance for metabo-lism (apoptosis) might cause oral restrictions? ie: perhaps there are more than 0.03% of cases of infants with mildly sub-optimal thyroid function which is not sufficient enough to be classified as CH, but is suffi-cient enough to cause defective apoptosis.

As os often the case in birth defects, or any other illness or disease, the reality is that there is usually a mul-ti-factorial aetiological landscape.

Perhaps we can add thyroid dysfunction, and Iodine deficiency to the list of potential causes of oral re-strictions.

03 9329 2929
Practice Information
Myofocus Melbourne
Suites 1 & 2
Level 1
33 Flemington Road
North Melbourne VIC 3051
OPENING HOURS
Our opening hours are Monday to Thursday 9am to 5pm and Friday 9am to 1pm. Closed on Saturday, Sunday and Public Holidays. Please email us on info@myofocus.com.au if you need to contact us.
BOOK A CONSULTATION
If you are having any questions regarding our services, please contact our friendly team today
BOOK APPOINTMENT